Are you or your team of producers located in another part of the world, but your voiceover talent is here in the Washington D.C., Maryland, or Virginia area? We are fully-equipped to perform remote voiceover sessions over the internet via Skype or SourceConnect, giving you the ability to see and hear your recording client and provide feedback to them in real-time while they’re inside the vocal booth reading your script.

Our experienced audio engineers can assist you in achieving the goals of your project. We will deliver state-of-the art production while staying within your prescribed budget and schedule. 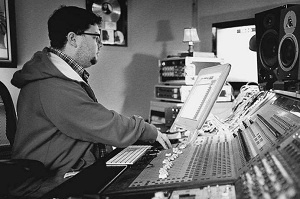 As the winner of “D.C.’s Best Recording Studio” for 2016, 2017, and 2018 from the Washington City Paper’s “Best Of” campaign, Blue Room Productions is a state-of-the-art professional production and recording studio based in Bethesda, Maryland, minutes from the Beltway and the downtown Washington D.C. area.

This is a private studio. In order to schedule a studio tour, please contact us first.